Pokemon Sword and Shield were released worldwide on November 15, 2019. born as role-playing video games developed by Game Freak and published by The Pokemon Company and Nintendo for the Nintendo Switch. They are the first installments in the eighth generation of the Pokemon video game series. As with most other main series Pokemon games, they chronicle the main character's journey in the Galar region, based on Great Britain, alongside rivals Hop, Bede and Marnie aiming to dethrone the Pokemon League Champion Leon and defeat Team Yell, a group of fans obsessed over Marnie. Sword and Shield introduce several new features such as Dynamaxing and Gigantamaxing. Sword and Shield received generally positive reviews from critics with particular praise towards the creature design, new features and an emphasis on simplicity and streamlined encounters, although some criticized the smaller Pokedex, graphical quality, and lack of polish or substance. now grab your sword and hold your shield, let us fight. 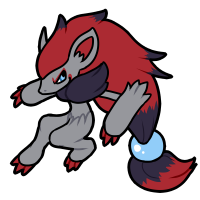