Lost Ark is a stunning action MMORPG from Smilegate, makers of the free-to-play shooter CrossFire, and Tripod Studios. This game caused quite a stir when it was revealed during G-Star 2014, being hailed as the game that is the Diablo MMORPG players have been waiting for. With nearly 20 classes announced, a tripod system that allows for complex and varied combos specific for each character, action combat that is by far some of the most exciting you'll ever see in an MMO, and open world events, this is a game that is as beautiful as vast.

Lost Ark is much more than a simple multiplayer hack and slash game; this is a full-fledged MMORPG with a large world map to explore and plenty to do besides following the main story, which says that the game world is being invaded by demons, with random chaos gates that are used to cross and also work as open world events called World Class Crisis, where players have to fight together to defeat the invaders. Some of the classes include the Battle Master, Devil Hunter, Arcana or the Berserker, each one offering a very distinct kind of gameplay. Some are best at melee combat, others prefer to use magic, while a few go for long range tactics. The tripod system plays a big role in the way that your character faces the battles, allowing for several combos and customization that bring an extra replay value to the game. For example, the Battle Master is able to choose an element (earth, fire, water or air), use it a few times and even increase the area of effect. Besides questing, there are many activities such as fishing, crafting, mining, drinking and card games, moral decisions to take (save a man or let him die), hidden quests, like the one that you can find by eavesdropping, among many other things. The Guardian Raids are regularly impressive and require some kind of teamwork to bring the creature down, as well as awareness to your surroundings and the items that can be used. Finally, the cinematic dungeon experience makes the action a lot more exciting, with all the inventive camera angles and sense of urgency. There's also a colosseum for PvP fighting.

Lost Ark is one of the most interesting games ever seen and is recommended not only to every Diablo fan, but to every single MMORPG fan. Players can enhance their adventure by buying cheap Lost Ark Item from a list of reputable Lost Ark Online Item sellers here at G2G.com.
Game coins
(2,267)
Items
(14,134)
Accounts
(2,479)
GamePal
(4,238)
About 14,134 results 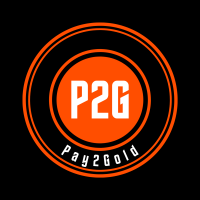