League of Legends Wild Rift is a multiplayer online battle arena (MOBA) game in the three-dimensional isometric perspective. Players compete in matches, lasting anywhere from 15 to 20 minutes on average. In each game mode, teams work together to achieve a victory condition, typically destroying the core building (called the Nexus) in the enemy team's base after bypassing a line of defensive structures called turrets, or towers. Two teams of five players compete to destroy an enemy building called a Nexus, which is guarded by the enemy team and a number of defensive structures called turrets, or towers. One nexus is located in each enemy base on opposite sides of the map, in the lower-left and upper-right hand corners. These structures continually create weak non-player characters known as minions, which advance toward the enemy base along three paths: Baron, middle, and Dragon lanes. Players compete to advance these waves of minions into the enemy base, which allows them to destroy enemy structures and ultimately win the match. Between lanes are neutral areas of the map known as the 'jungle', arrayed in four quadrants. A shallow river divides the map between the teams, but doesn't actually impede movement; all champions can wade through it no differently than dry land. Each League of Legends Wild Rift match is discrete, with all champions starting off relatively weak but increasing in strength by accumulating items and experience over the course of the game. The champions and setting blend a variety of elements, including high fantasy, steampunk, and Lovecraftian horror. League of Legends mobile is related well with world popular PC game of League of Legends, so much to looking forward on this new coming League of Legends mobile game in 2020, and you definitely don't want to miss this moment to celebrate it. 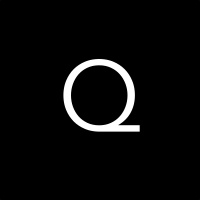