FIFA 22 is the official football video sport game. Xsens suits record every touch, tackle, sprint and duel from all 22 players playing at high intensity for the first time ever, capturing data that powers over 4000 new animations in FIFA 22 to raise the footballing intensity, responsiveness, and physicality of every player in the game. Rewritten defensive AI gives teams the ability to act as a tactical unit, retaining their shape to move across the pitch and cover vacant space. Learning from more than 8.7 million frames from Advanced 11v11 Match Capture, the ML - Flow machine learning algorithm writes new animations in real-time, enabling players to better adjust their stride and running cadence on approach to the ball to control or strike it more smoothly. See defenders and attackers push, pull, and jostle as they rise to meet crosses, clearances, and long passes, increasing quality in headed situations and creating cleaner outcomes. Take down aerial balls with more technique, get more agility when trapping ground balls, and enjoy more strength in shielding situations to give you new ways to drive forward in FIFA 22. See opponents talk, point, and direct each other based on the action, while updated locomotion matches players' urgency on the pitch to make FIFA more realistic and immersive than ever. 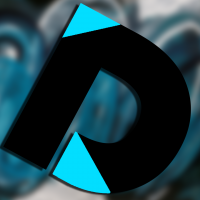