Dual Universe is a first person based space simulation sandbox massively multiplayer online role play game (MMORPG) video game in development by the Paris-based game development studio, Novaquark. The game is set in a continuous single-shard universe, wherein players are able to fully edit the environment by building structures and altering terrain, as well as being given the ability to script the components within vehicles and other player-built objects. A heavy focus is also placed on allowing for collective social gameplay involving exploration, mining, crafting, trade, politics and warfare. No loading, no server instantiation, no tricks. No Man's Sky, and Space Engineers. All players share the same persistent universe, at the same time. Dual Universe is the first Metaverse: a common, shared virtual world, controlled by the players. Voxel-based, fully editable universe. Create entire cities, giant space stations, massive warships, underground bunkers or… flying cars! Mine. Craft. Build and optimize production factories. Then barter or trade your creations, or those from others. A shared universe means a single, global economy - run by players. From pirate raids to skirmishes to coordinated attacks: space is a dangerous place. With real-time destruction, battleship crews and player-designed ships, this is PvP like no other. Don’t want PvP? Stick to Safe zones and you'll be fine. The role you play in the shared universe only depends on your actions and your choices. Be a space pirate. A galactic trader. A cargo hauler. An interstellar industrialist. And everything in-between. 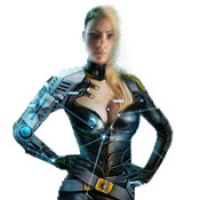