D2 is an action role-playing hack and slash video game developed by game maker. The game found great critical and commercial success - in the year of its release, it was named by the Guinness Book of World Records as the fastest-selling computer game ever. Even to this day, the game is well-populated on Battle.net and the announcement of a third title in the franchise in 2008 led to another significant increase in sales.Due to D2 gold is important, to fully enjoy the in-game content, players are recommended to buy D2 Gold from a list of trustable D2 gold sellers at g2g.com with cheapest price.

D2 uses a system of randomly generated equipment similar to the original Diablo, but more complicated. Weapons and armor are divided into several quality levels: normal, magical, set, rare and unique. Normal quality items are base items with a fixed set of basic properties, such as attribute requirements, maximum durability, armor rating (on armor), block chance (on shields) and damage and attack speed (on weapons).To enhance your adventure and compliment your gameplay, you can either buy D2 gold, buy D2 items or buy D2 account from our list of reputable sellers here at G2G.com.

For more Diablo 2 boosting service, you can go to Diablo 2 Resurrected Boosting 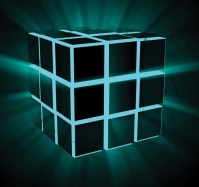