Counter-Strike: Global Offensive (abbreviated as CS:GO) is an online tactical and first-person shooter. It is the fourth game in the main Counter-Strike franchise. For CSGO players who wants to buy cheap CSGO keys, they can always visit g2g.com to buy the cheapest CSGO keys from the sellers here.

Counter Strike Global Offensive was released on August 21, 2012, and made available for Microsoft Windows and OS X on Steam, Xbox Live Arcade, and a US-only version on PlayStation Network. The Linux version was released in September 2014. It features classic content, such as revamped versions of classic maps; as well as brand new maps, characters and game modes. Cross-platform multiplayer was planned between Windows, OS X and PSN players, but was ultimately limited to Windows and OS X because of the differences in update-frequency between systems. The PSN version offers three input control methods, which include using either the DualShock 3 controller, PlayStation Move or USB keyboard/mouse. To enhance your adventure and compliment your gameplay, you can buy CS:GO keys from our list of reputable sellers here at G2G.com 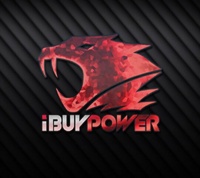