Cabal Online takes place in a fictional world known as Nevareth, nearly a thousand years after its devastation by a powerful group of idealistic men, the CABAL. Hoping to turn their world into a utopia, they inadvertently fueled the forces and laws of nature to rebel against them, causing the event known as the Apocalypse. After the destruction, only eight members of the CABAL survived, including their leader, Faust. Prophesying the future, Faust saw the rise of an evil force that would, once again, ruin the land of Nevareth. In the present day, that evil has come. It is now up to the player to face the waves of minions that have invaded the world and uncover the truth behind them. To enhance your adventure and compliment your gameplay, you can buy cabal online (br) account or buy cabal online brazil account from our list of reputable sellers here at G2G.com in a safe secure environment and at cheap rates. 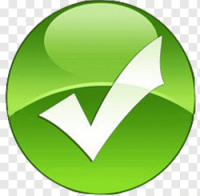