How to buy Broken Ranks accounts ?

Broken Ranks is an isometric-view MMORPG with an engaging, turn-based combat system, a deep, story-driven narrative and plenty of social features that will let you cooperate and compete with players from all around the world. Unite the broken ranks and, together with your friends, bring your foes to their knees. Immerse yourself in our world and share your experiences with others. Become a Taernian who was forced to leave their homeland due to the invasion by Utorian hordes. Learn more about your character's history and shape their future by altering the fate of the Taernian fight for freedom. Exploration, either by yourself or in a party, plays a very important role in the gameplay of Broken Ranks. Visit vibrant cities, remote mountaintops, mysterious settlements, and terrifying ruins inhabited by powerful creatures that cast a shadow over the human world. To the brave adventurers who dare to defeat the most powerful monsters, the world offers riches, fame, and power. To the weak and scared, only oblivion. 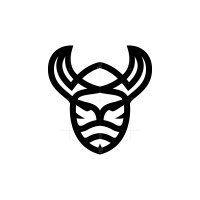