Similar to FFXIV, classes in Albion Online are unique in that they are tied to gear. Any player can wear any piece of gear, so equipping a robe will allow the player the ability to use more powerful magic at the cost of reduced defense. Equipping a sword and crossbow will let players engage in melee or closed ranged combat. There are quests to level your battle stats and open world PVP or Guild vs Guild also allow the player to earn exp. This is fairly important later on, as players must venture into dangerous PvP areas to harvest the most valuable resources. To get these resources easier, you may buy Albion Silver or Albion Gold from G2G.com's sellers.

Housing is one of the important features on Albion Online. Houses give players more inventory storage, provide a respawn point, and give character buffs. Guilds can even take over whole cities, claiming taxes from those who live within the city, but who must also defend them against other guilds in 20 vs. 20 open world battles. To compete or dominate the battles, players can buy Albion Online Gold or Albion Online Silver from our list of reputable sellers here at G2G.com in a safe secure environment and at cheap rates.

Albion Online is said to be one of the most anticipated games to be coming out on 2015 / 2016. Gamers may buy Albion boosting or Albion powerleveling from G2G.com reputable and trusted Albion Online sellers who offering cheap price in a secure and safe environment. 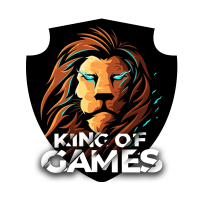