Aion Online: The Tower of Eternity is a massively multiplayer online role-playing game (MMORPG) released by NCsoft. The game combines PvP and PvE (a concept the developers call PvPvE) in a fantasy game environment. As of May 20, 2009, Aion had 3.5 million subscribers in Asia. AION's first major expansion pack was released to North America and Europe on September 7, 2010 under the name AION: Assault on Balaurea. On February 29, 2012 AION became free-to-play in Europe with a limited set of options regarding gathering, trade and chat, while North American Truly Free launched on April 11, 2012 with no such restrictions.To fully enjoy the in-game content, an epic or legendary Aion Online: The Tower of Eternity account is necessary. Players are recommended to search our list of legendary aion accounts and buy any legendary Aion Online: The Tower of Eternity accounts with the cheapest price!

Aion is a popular 3D fantasy MMORPG set in the mystical world of Atreia where magic and combat coincides. Choose between two warring factions and soar into the action, literally. As a rising hero complete challenging quests, fight gruesome monsters, raid instances, participate in intense PvP matches, and battle a powerful race of dragons for territorial control. Unlock the secret to the planet’s dark past in order to create a new future, in this now free-to-play adventure. To enhance your adventure and compliment your gameplay, you can buy aion account from our list of reputable sellers here at G2G.com. 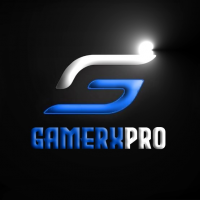